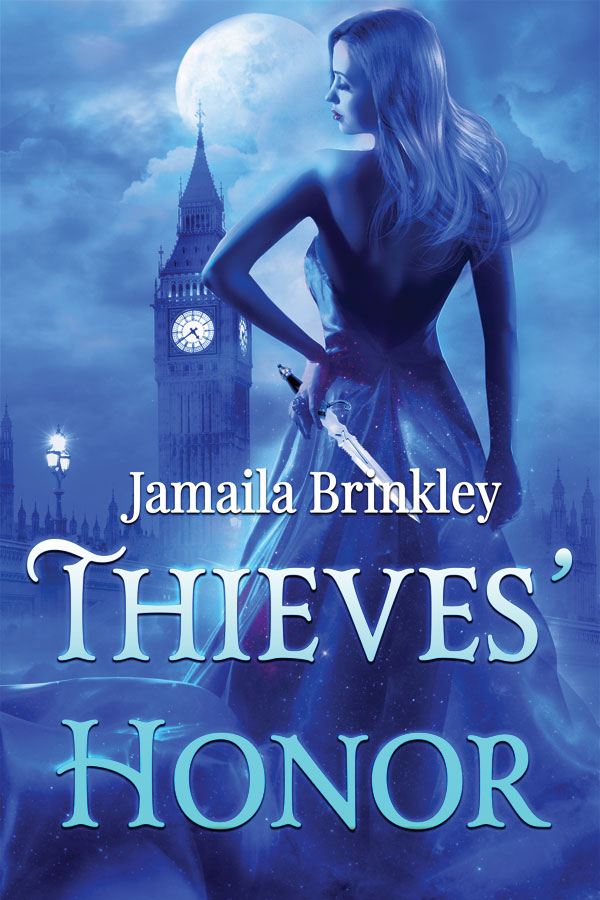 Thomas Dalton, Earl of Westfield, is the heir to a duke and a talented wizard. But he’s always hidden in his library, too shy to emerge into society from the shadow of his larger-than-life friends and family. When he’s asked to investigate a crime, he seizes the chance to prove that he’s as cunning and brave as anybody. But he’s quickly out of his depth in London’s underground; especially when he’s confronted with the prettiest thief he’s ever seen.

Em Stackpole lives an in-between life; she grew up on the streets, but preys on the Ton by using her skills at illusion to fit in among them at elegant Mayfair events. When Lord Westfield asks for her help finding a missing jewel, she strikes a bargain: she’ll help him learn to think like a criminal if he’ll teach her the magic she needs to get off the streets for good.

Falling in love was never part of the deal. But as Em and Thomas navigate magic, Mayfair, and Thomas’ charmingly interfering family, she’ll discover secrets she never knew she had, and the wizard and the thief will have to decide if they can ever be more than just partners-in-crime.

Find the rest of the series here!