Hi friends! I’m swinging by here to introduce you to a writer friend of mine. Because the historical fantasy genre is a place where we can mix up so many variables, we write in the same genre (and frequently co-habit panels at local conventions!) but her world is intriguingly different than mine, and it’s SO GOOD! So please read on to meet my friend J.L. Gribble and learn a bit about her newest release – I think you’ll really like it. 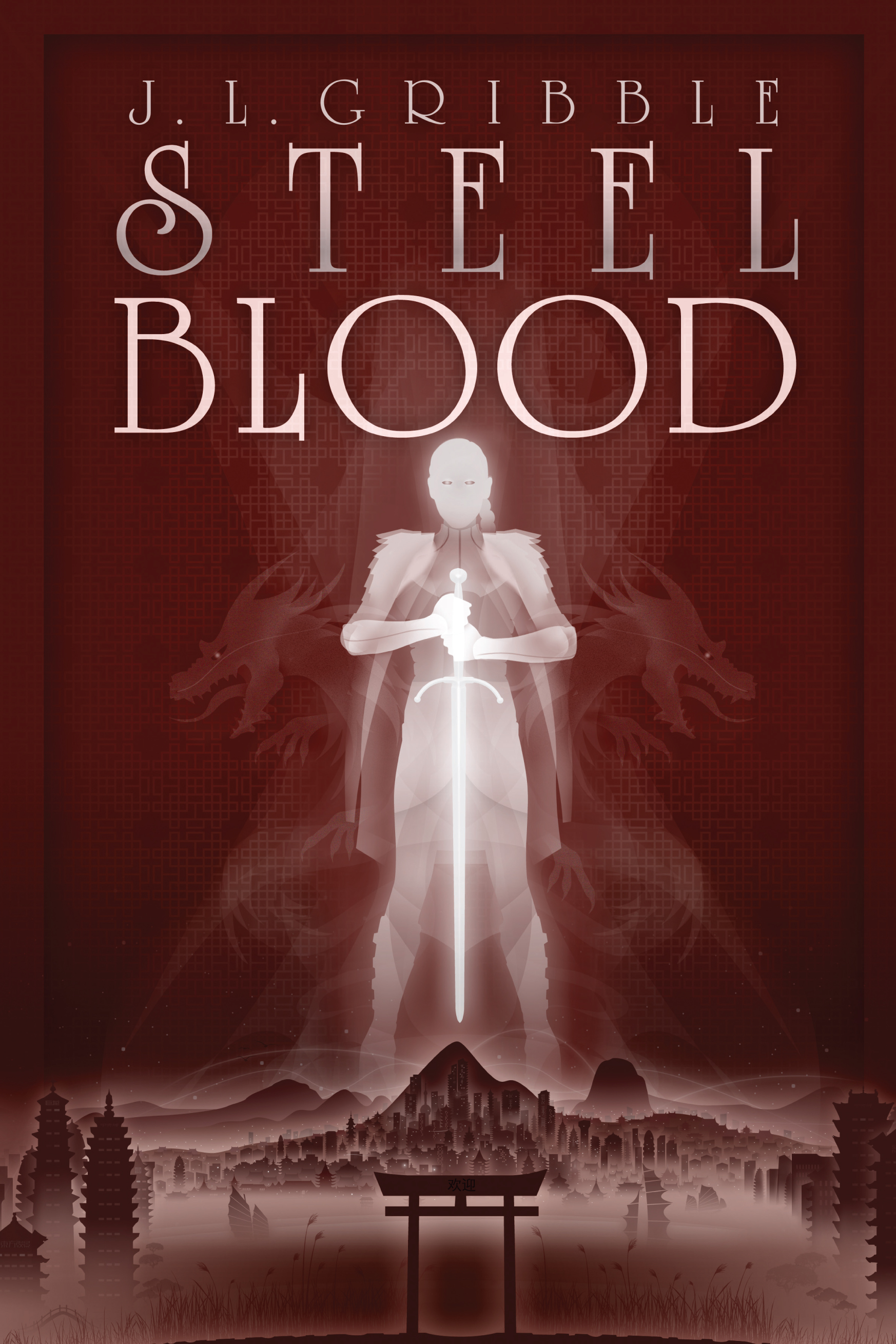 As her children begin lives of their own, Victory struggles with the loneliness of an empty nest. Just when the city of Limani could not seem smaller, an old friend requests that she come out of retirement for one final mercenary contract—to bodyguard his granddaughter, a princess of the Qin Empire.

For the first time in a century, the Qin and British Empires are reopening diplomatic relations. Alongside the British delegation, Victory and her daywalker Mikelos arrive in the Qin colony city of Jiang Yi Yue. As the Qin weredragons and British werewolves take careful steps toward a lasting peace between their people, a connection between the Qin princess and a British nobleman throw everyone’s plans in disarray.

Meanwhile, a third faction stalks the city under the cover of darkness.

By day, J. L. Gribble is a professional medical editor. By night, she does freelance fiction editing in all genres, along with reading, playing video games, and occasionally even writing. She is currently working on the Steel Empires series for Dog Star Books, the science-fiction/adventure imprint of Raw Dog Screaming Press. Previously, she was an editor for the Far Worlds anthology.

Gribble studied English at St. Mary’s College of Maryland. She received her Master’s degree in Writing Popular Fiction from Seton Hill University in Greensburg, Pennsylvania, where her debut novel Steel Victory was her thesis for the program.

She lives in Ellicott City, Maryland, with her husband and three vocal Siamese cats. Find her online (www.jlgribble.com), on Facebook (www.facebook.com/jlgribblewriter), and on Twitter and Instagram (@hannaedits).

You can buy STEEL BLOOD on Amazon, Barnes & Noble, or direct from the publisher. And don’t forget to check out the first two books in the series, STEEL VICTORY and STEEL MAGIC.